Buying a beanie hat will be the last thing on most people’s minds in the middle of summer, but sales of the limited edition, 25th anniversary of Mid and West Wales Fire and Rescue Service branded, beanie hats have already raised £500 for The Fire Fighters Charity.

Watch Manager Adrian Davies is the architect of the scheme and is ready to take further orders for the winter ahead.

“As Mid and West Wales Fire and Rescue Service is celebrating its 25th birthday, I had an idea to create something visual for staff members to wear to note this occasion whilst also raising money for our charity, the Fire Fighters Charity.

My son, Gareth, who works for a cricket company (TNF Cricket) and deals with sporting apparel, said why don’t we design a beanie hat. He showed me a selection of what the company produce, and I decided to follow this up by speaking with the Fire Service for permission to send our badge and logo to their design team.

Originally, I was going to order 50 hats, but interest grew quickly and I had to up the order to 150 for the first batch.

Feedback on the hats has been very positive and, so far, we have raised £500 for The Fire Fighters Charity.

Hopefully, demand will increase even further once the colder weather returns and we can raise more money for the Fire Fighters Charity!” 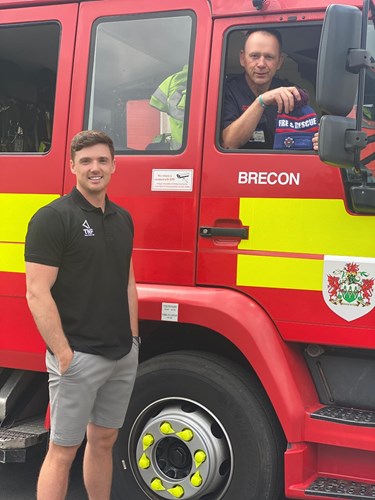 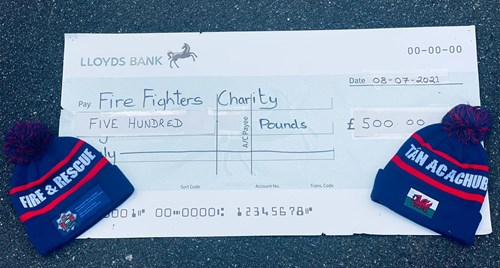 Eight assaults a day on emergency workers – work with us, not against us is the Christmas plea

Recruit Firefighters to hose run the height of Everest for charity.