On presenting the Commendation Award to Stephen, Chief Fire Officer Roger Thomas commented that “Stephen has played an integral part of the supporting structure that has linked the Welsh Ambulance Service Trust and Mid and West Wales Fire and Rescue Service. He has been instrumental in developing the Medical Co-responder scheme between our two organisations, which has led to 19 of our fire and rescue stations now being able to respond to medical incidents on behalf of the Ambulance Service. His enthusiasm and unwavering support for Fire Medical Response have seen him provide training along with professional guidance and support to many fire and rescue service personnel.

On behalf of Mid and West Wales Fire and Rescue Service I would like to thank him for all his work and wish him well for a long, happy and healthy retirement.” 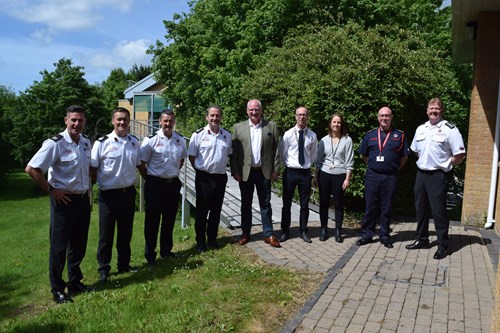 For many years, Mid and West Wales Fire and Rescue Service and the Welsh Ambulance Service have been involved in a joint Co-Responding Scheme, that aims to provide the earliest possible response to life-threatening medical emergencies. The first co-responder scheme was introduced in 1998 at Reynoldston Fire Station. Following its success, 18 further locations across mid and west Wales have become co-responder stations.

Over the last decade, Mid and West Wales Fire and Rescue Service has responded to over 15,000 medical emergency calls in co-responder vehicles on behalf of the Welsh Ambulance Service Trust.

Primary responsibility for responding to medical emergencies lies with the Ambulance Service. The Co-responder Schemes do not replace these services, but rather enhance them in a practical way by making good use of medically trained and suitably equipped firefighters, who are, on occasion, closer to the scene of an incident than Ambulance crews. Whilst firefighters will provide an initial response to certain categories of calls, Ambulance crews will also be mobilised to these calls, taking over from the firefighters when they arrive. 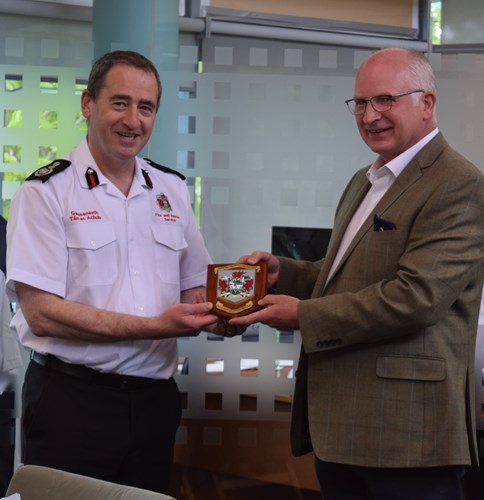 Posted by Caio Higginson on 24 May 2022
Service News