On Friday evening 18th November 2022, we were proud to present our awards ceremony for the first time since the COVID pandemic and rebranded as the More Than Just Fires Awards.

More Than Just Fires Awards recognises the extraordinary contributions made by colleagues, partners and members of our community who continue to support the Service in making mid and west Wales a safer place to live, work and visit.

The awards ceremony, which was held at the Stradey Park Hotel in Llanelli, was hosted by BBC Radio Wales presenter, Wynne Evans, who presented eleven special awards to members of staff who were nominated by their peers and colleagues.

The first award for Outstanding Contribution recognises those that have gone over and above in their contribution and commitment to the Service and was presented to Helen Rees, Head of Procurement and Contracting.  Helen has published articles in UK Procurement Journals and is passionate about sharing her professional knowledge and experience both regionally and nationally. 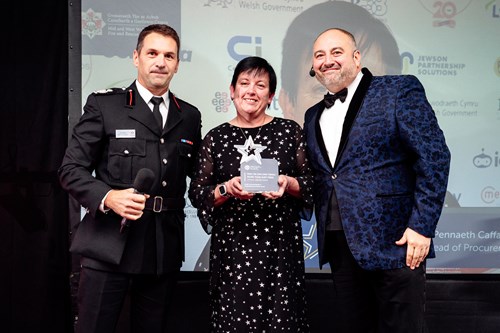 The Team of the Year was awarded to the Incident Response Team, for their outstanding teamwork at a challenging incident in Pontardawe earlier this year.

The other two teams shortlisted were the Earlswood Catering Team and the Corporate Communications and Business Development team. 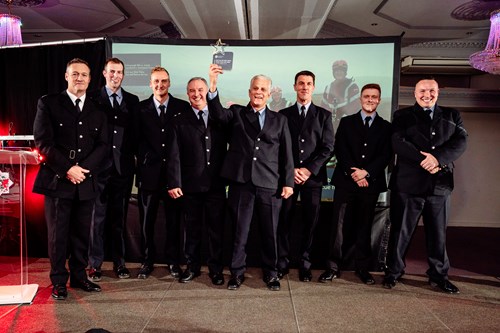 The Volunteer of the Year went to Wayne Bream for his involvement in the Fire Cadets scheme, as well as volunteering at the Fire Cadets Games and representing the Service on the National Cadet Forum.

Also shortlisted in this category were Rob Nicholls and Alfie Morgan. The Young Achiever of the Year went to both Tammy Grey and Gwynfor Davies, for their positive contributions to the Service.  Both Tammy and Gwynfor continually exceed expectations and have a very bright future ahead. 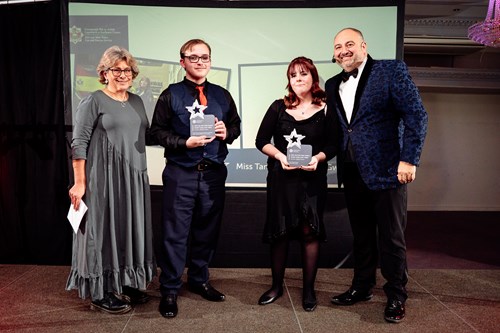 Others shortlisted were Steve Jarvis, Response Co-ordinator and The Wallich Charity. 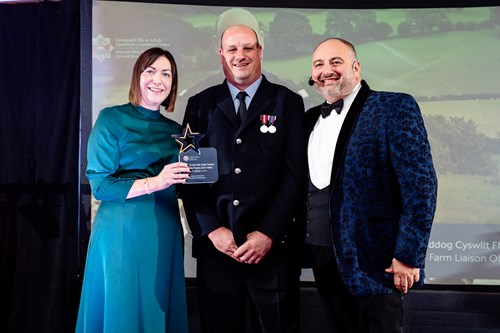 This years Charity Champion award was presented to Gonzo’s Games for raising a phenomenal £6,000, by playing 24 hour rugby at the top of Pen y Fan.  This money was raised in memory of Firefighter Andrew “Gonzo” Williams, who sadly passed way during the Covid-19 pandemic.

The money raised will be shared between Myeloma UK, The Fire Fighters Charity, Rookwood SPUR and the Wales Air Ambulance.

Both The Welsh Firefighters Fitness Challenge Team and Crew Managers, Stephen and Harry Ratcliffe were also shortlisted for this category. 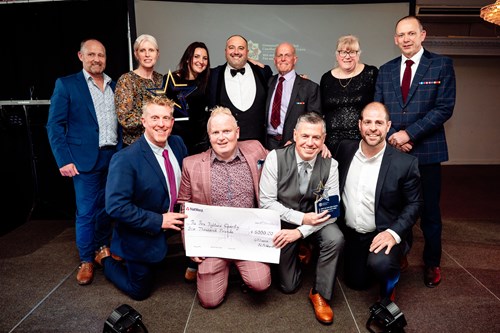 For the Sports and Social Club award, Dominic Norcross and the Welsh Firefighter Fitness Challenge Team were the worthy winners, for their commitment to ensuring this event ran smoothly, promoting fitness, equality and diversity within the Fire and Rescue Service.

Firefighter Joshua Greer and The Golf Society were also shortlisted for this award. 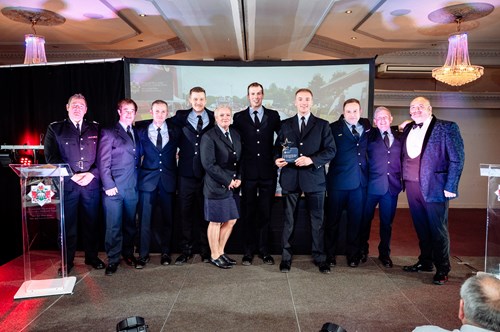 Divisional Station of the Year Awards were awarded to each of our three divisions.

The Northern Division award went to Llanwrtyd Wells for their outstanding effort and commitment to provide 24/7 availability and the much-needed co-responder cover for the community.

Both Rhayader and Aberystwyth were also shortlisted. 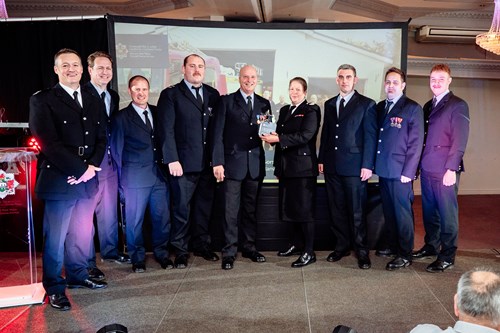 The Western Division Station of the Year award was presented to Pembroke Dock Fire Station for their consistency in delivering against the Service’s Strategic Plan.  They also hold a very successful annual open day which assists in breaking down cultural barriers within their community.

The other nominees shortlisted for this category were Kidwelly and Tumble. 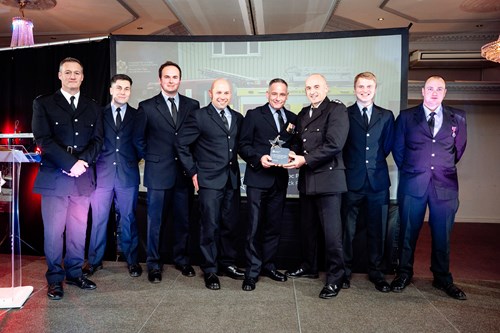 Southern Division winners for Station of the Year went to Gorseinon who remain proactive and involved in partnership working and reducing anti-social behaviour and deliberate fire setting in their community.  With the Crew’s commitment, there has been a dramatic reduction in instances of deliberate fire setting.

Pontardawe and Reynoldston were also shortlisted within this category. 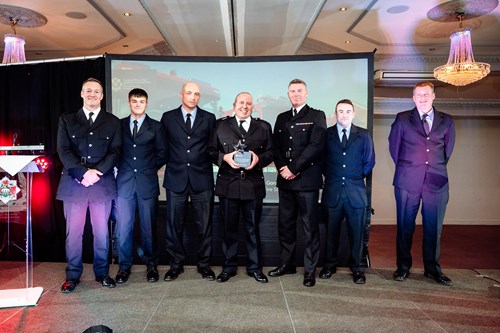 Last but by no means least was the Chief Fire Officer’s Bravery Award.  This is awarded in recognition of an individual who has responded in a commendable way as a result of an act of bravery.

This year, Chief Fire Officer Roger Thomas recognised three individuals who were worthy of this award.

Firefighter Hywel Mathews, of Pembroke Dock station, who whilst off duty provided first aid to a member of the public who went into cardiac arrest.  Hywel gave the patient chest compressions and sourced the nearest defibrillator.  It is without doubt that the patient’s survival was down to Hywel’s quick thinking and calm approach to the situation.

Crew Manager Ffion Evans was one of the first on scene at a significant incident where a bus driver had a medical episode, causing him to lose control of the bus, crashing into several children at a school in Welshpool.  Ffion entered the bus to secure the handbrake and provided first aid to the driver.  Ffion’s quick actions were able to save further injuries to what was already a horrific situation.

Paul Jones who works in the Fleet, Engineering and Logistics Department was visiting a friend one evening when his friends mother suffered a cardiac arrest.  Paul provided CPR until the paramedics arrived.  The doctors later praised Paul for his actions, which undoubtedly saved her life. 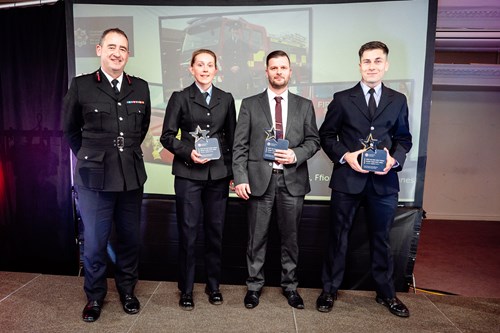 During the evening we also raised a fantastic £824 for The Fire Fighters Charity.

Thank you to all those that donated and supported this wonderful evening.