However, we understand that some people will want to have their own private firework display, and to those people we would ask that they read through and follow the guidance below. If you do buy fireworks for your own use, you should always follow the RoSPA Firework Code (opens in a new window/tab). 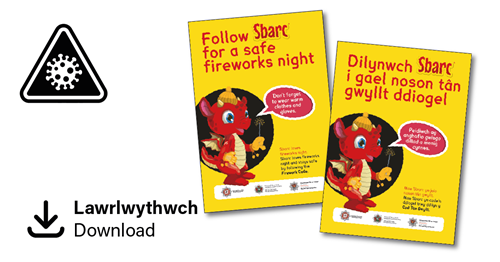 In the UK it is permissible to sell fireworks to the general public (Categories 1, 2 and 3 only) during the four key selling periods:

Anyone wishing to sell outside of these periods will have to apply for an all year sales licence via their Local Licencing Authority. In almost every case they will need to be the holder of a valid storage licence too.

Fireworks can only be sold to persons aged 18 years or older. Sparklers are classed as fireworks and the same laws apply.

It is illegal for under 18s to possess fireworks in a public place.

It is not a legal requirement to have any kind of licence or training to buy consumer fireworks.

There is no such thing as either a licence or training that entitles a member of the public to buy Category 4 (professional) fireworks. These are only available to bona fide professional fireworks companies with all year insurance and licenced storage.

Consumer fireworks must conform to British Standards (BS 7114), be classified as Category 2 (Garden) or Category 3 (display) fireworks and carry a CE mark.

There is a noise limit of 120db on all consumer fireworks.

Certain items are banned in the UK. These include bangers, air bombs and jumping jacks, regardless of whether these are CE marked and approved for sale in other EU countries.

No matter how much of a bargain they look, they could be illegal imports which have not even had the most basic safety testing.

You need to get into the mind-set that you are handling and storing explosives and not toys.

When storing fireworks at home the main things to ensure are:

Sources of heat or ignition include heaters, naked flames and people smoking.

It is essential that your fireworks are kept dry. Beware of storing fireworks outside in sheds which can get damp and avoid anywhere with significant changes of temperatures including greenhouses, conservatories and lofts which could result in condensation. If you must keep your fireworks in the shed, wrap them up tightly in well-sealed bin liners or plastic bags.

If you are going to be in charge of fireworks at home this year, please take a few minutes to read through the following guidelines. Your planning and your actions could help prevent an injury.

Anyone introducing a firework on to the European market should carry out structured testing to determine a suitable and lawful method for the end user to dispose of damaged or partially fired fireworks. They should also provide suitable instructions for the disposal of the firework, this should include advice on what to do if the firework is defective or does not work properly, or at all.

If you have a defective firework you should seek advice on the safe disposal of the damaged firework(s) in the product safety information supplied with the fireworks or directly from the supplier, manufacturer or importer.​

There are different types of fireworks that the public can purchase and use.  These fireworks may have different minimum safety distances and have specific instructions that should be adhered to in order to ensure that you and your spectators are kept safe. Always buy from a reputable retailer and follow individual firework instructions.

Category F1 fireworks are the least powerful type of fireworks you can purchase. The usual minimum spectator distance listed is at least 1 metre, but please follow the instructions carefully to ensure the minimum distances are adhered to and other safety recommendations are followed.

Category F3 - Only for large open spaces, use with caution

Category F3 fireworks are the most powerful fireworks that members of public can purchase and can pose the most danger if safety guidelines are not adhered to. Many fireworks will have a minimum safety distance of 25 metres.

Category F4 - Not for public use

Category F4 fireworks, often referred to as “industrial fireworks” are for professional-only use. F4 fireworks are not for sale to the public under any circumstances. These fireworks are extremely dangerous and are very unlike retail fireworks in the way they are operated. If you know of any of these prohibited fireworks in public hands, be sure to contact us.

Generally speaking, fireworks should be stored in their original packaging in a dry place away from sources of heat or ignition. Store fireworks away from children. Be sure to read the specific instructions and store as per the instructions listed.

Is your garden big enough?

Firework safety distances must always be adhered. Read the instructions and follow them. There must be no compromise on distance and stated distance must be treated as a minimum. 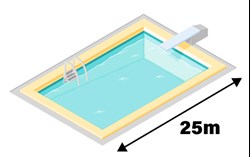 Respect your community,
Protect your environment,
Enjoy safely by following the firework code.